I am very pleased to announce another freebie — this time an Easter thank you from everybody at Candy Jar Books. An eBook introductory pack for the Lethbridge-Stewart series.

We can also announce that sadly Lance Parkin is stepping away from the project for the moment. Shaun Russell, head of publishing at Candy Jar, said: “Lance is such a huge talent in the world of Doctor Who and we have left the door open for him to return. Hopefully, one day, Lethbridge-Stewart will make it to Det-Sen.” 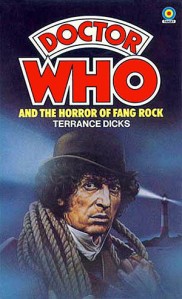 As a result we’ve had re-organise our 2015 release schedule, bringing forward David A McIntee’s The Schizoid Earth. A replacement novel will follow a few months later, which is a prequel/sequel to Terrance Dicks’ acclaimed 1977 Doctor Who serial, Horror of Fang Rock which starred Tom Baker. Beast of Fang Rock will be written by Terrance Dicks and me. And, as originally planned, 2015 will still be rounded off with Mutually Assured Domination by Nick Walters.

And the news doesn’t end there. We are finally able to announce the details of our authors for the 2016 schedule. They are, in no particular order;

So, exciting times ahead! In the meantime, while I edit David’s book and work on Beast of Fang Rock with Terrance, I hope you enjoy the free eBook. More special releases coming soon from this site!