It’s been so long.

Like really long. Nigh on five years since I posted anything on this blog. A lot has happened since then. Back then it hadn’t even been a year since the Lethbridge-Stewart range was launched – indeed, it had only been just over three months. Wow! And now it’s been over five years. Fives years, twenty-five novels, seven short story collections, four novellas, and a spin-off series for young adults, later. That’s an insane amount of work in five years.

I didn’t write all of it. Indeed, I can count the novels I wrote on one hand. It’d take a couple more hands to add the short stories, and a country of hands if I included the rewritten and brand new scenes I wrote in every single release.

Fact is, I couldn’t do it alone. And that’s my whole point. A point even more important today, in a time when the entire world is threatened by the expansion of the Coronavirus. Things have escalated in an exponential way – people are dying. All over the world, in their thousands. The expected death toll before a vaccine is found is estimated to be in the millions – all over the world. So, don’t fret too much by that estimate. It’s high – shockingly so, but that’s a worldwide estimate. 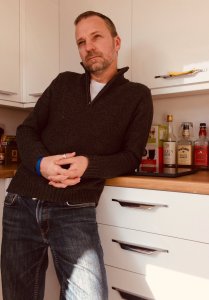 But, please, continue to be cautious. The government (certainly in the UK) has made it plain as day. DO NOT GO OUT unless absolutely necessary. It’s difficult, especially with the weather turning out as well as it has. We are, generally, social creatures. We’re solar powered! We love to be out in the sun. We love to interact with each other – but right now the risk isn’t worth it.  Every time you go out, every time you interact with someone new, you risk either contracting the virus or spreading it. Nobody is 100% safe. Nobody.

We are all in this together. Now more than ever. We can’t survive this without everybody obeying the simple rules put in place.

Be safe, be well, be cautious. Be smart.