I’m very pleased to announce I’ll be a part of the forthcoming Candy Jar Book Festival. Not only will I be joining Benjamin Burford-Jones for a talk on monsters and aliens in fiction, I’ll also be on hand at the Stall in the Hayes, Cardiff, at various points throughout the week to meet with readers, sign my book, and discuss Doctor Who with whoever will listen. But there’s much more going on than just that. Take a look below!

The festival runs from Saturday August 9th through to Saturday August 16th. Candy Jar Books will at the Hayes, Cardiff, ever day with authors signing books. On top of that many events are running throughout the month; including an exciting range of discussions, author meetings/signings and workshops to offer something for everyone. Right click here to save and download the PDF timetable or alternatively look at the list below to find out what’s going on!

At the Hayes you will be able to find;

Plus special guests throughout the week!

Timetable for discussions and workshops is;

THE SCIENCE OF DOCTOR WHO

The Doctor Who universe is one of aliens and time machines, cyborgs and supermen. Conjuring up evidence on the themes of space, time, machine, and monsters, author Mark Brake and TV presenter Jon Chase deliver their verdict on the science of The Doctor.

Mark’s books include Space, Time, Machine, Monster (an irreverent look at how science fiction has impacted and changed our lives), as well as Space Hoppers, Really, Really Big Questions about Space and Time and The Alien Hunter’s Handbook.

MAKE YOUR OWN PICTURE BOOK 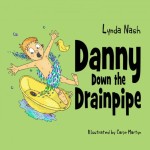 Lynda Nash invites you to join her in this creative workshop and have fun bringing your stories to life.

Lynda teaches GCSE English and Creative Writing. Her work has been published in various magazines, including Penumbra, Square, First Edition and Mslexia. She contributes to Buzz Magazine and runs Little Writers Inc, a Newport-based writing group for budding authors.

Danny Down the Drainpipe is her first book for children.

HOW TO BE A FIBBER EXTRAORDINAIRE

A workshop designed for the liar and fibber in everyone. Come and meet Laura Foakes to discover how lying can produce a winning novel. She will be joined by illustrator Emma Taylor. Between them they have conquered Everest, danced with dinosaurs, and fought off ferocious ninjas.

The Liars’ and Fibbers’ Academy stands out as a truly original story, with drama, humour, twists and turns, weird and wonderful escapades and so many fantastic standout characters. Honest!

HOW TO WRITE A PAST LIFE AUTOBIOGRAPHY

For those who have always wanted to document your past life, this is the workshop for you! Simon, a Native American in a past life, tells the story of the death and devastation brought about by the white man, and how he became one of the greatest swordsmen in pre-revolutionary France.

Mohican Reborn is an autobiography with a difference. The book tells the story of Simon Marcus Caine’s Native American past life, Arion Lightfeather.

A workshop to help you turn your travel memories into prose. Joanne will talk about writing her moving, hilarious and uplifting book See You in September.

When Joanne learned that she may only have a few months to live, she decided to take her three children out of school and, with her husband, spend six months travelling around Europe. Why not come along meet Joanne to find out what happened next?

A workshop for aspiring writers. Michaela is creative in all aspects of her life: her work, her writing and her hobbies. Having studied creative writing – and written a book herself – Michaela knows all too well the pressures aspiring writers often endure. She also recognises the benefits of thrashing out creative difficulties in a group setting, so whatever stage your novel’s at, feel free to come along for a chat over a cuppa.

The Second World War is dominated by heroic tales of men defending their country against a formidable enemy, but what about the women who also played their part in the fight for freedom? Eileen Younghusband (93) was just 18 when she joined the Women’s Auxiliary Air Force (WAAF). She quickly demonstrated her keen intellect and mathematical skills, and will be discussing the crucial role played by the women in Fighter Command’s top secret underground Filter Room.

Eileen has written three books: Not an Ordinary Life, One Woman’s War and Men I Have Known. In 2013 her writing was recognised by The People’s Book Prize when One Woman’s War won the non-fiction award.

Tying in with the Summer Reading Challenge, Michelle invites you to share your favourite magical books and monstrous characters. Why not bring yours along.

Michelle likes to turn her dreams into stories. These dreams may frighten her, make her laugh or wake her up. To explain these dreams, she finds it difficult but sometimes, she is able to write them down. Silent Mountain is her first (of many) books.

Whether they are under the bed, in the wardrobe or behind the mirror, monsters feature heavily in TV and books. Benjamin Burford-Jones is joined by Andy Frankham-Allen to discuss how monsters have inspired their writing.

Whilst working late nights at the BBC, Benjamin would often spend his time thinking of stories and ideas, one of which being that the people on the television were in fact in the television. His début novel for children, Beware of the Mirror Man explores this idea.

Friday August 15th
A PERSONAL PORTRAIT OF THE ROYAL FAMILY

A familiar face at royal events, Colin Edwards has collated his vast collection of photographs of the Royal Family to create a new book.

His book A Personal Portrait of the Royal Family features never before seen images of Her Majesty the Queen, the Queen Mother and Diana, Princess of Wales at public events. The author also provides emotive, personal accounts of his meetings with the Royals.

Colin will be sharing some of his memories at Cardiff Central Library on Friday and signing copies of his book at WHSmith on Saturday.

Whilst the idea of time travel seems like great fun, an innocent trip to the 1940s could have devastating consequences. Anthony Ormond delves into this fascinating subject – where paradoxes, time warps and anomalies have inspired countless TV shows, films and books.

Anthony’s début novel, Tommy Parker: Destiny Will Find You! is a youthful adventure that gives an unfamiliar twist to the time-travel genre, with the characters travelling not only through time but also through memory. Make sure you’re on time!

Nathan is renowned for his original take on pop culture artwork. He’s created portraits of Simon Cowell using Marmite, Stephen Fry using egg-fried rice, and even Paul O’Grady out of dog biscuits. He has made numerous TV appearances, and a number of celebrities have commissioned his unusual pieces. This is your opportunity to view some of his wackier pieces, a number of which will appear in his book Not That Kind of Art, to be released in 2015.

Nathan first came to public attention when he appeared on Britain’s Got Talent in 2011. He reached the semi-final, and despite not winning the show, this catapulted him to success. He is launching his exhibition in Cardiff Story Museum on 1st August.